We have three blogs at Spirit, covering renewable energy from a homeowner, commercial and contractor perspective. Keep up-to-date with all the latest developments in solar PV, battery storage and EV charging.

Solar Battery Monitors for the Best Insights and Controls 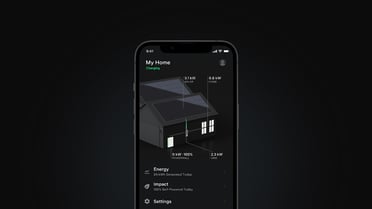 More and more of our clients are investing in solar battery storage alongside their PV. In this time of energy crisis and price hikes, it pays to use as much solar power at home as you can, rather than shelling out for grid electricity.

When choosing your storage solution, it’s worth considering solar battery monitors. Whether you’re a techy person or not, you probably want to be able to see what your battery is doing. Physically it won’t give anything away, so the only way you can tell how much energy it’s stored or supplied to your house is via its monitoring system.

END_OF_DOCUMENT_TOKEN_TO_BE_REPLACED

‘I would get solar panels, but they’re just so ugly’ is an oft-heard refrain, from those who presumably prefer the polluting aesthetics of gas and coal plants. But they have a point. The traditional solar panels aren’t that pretty (though, we’d argue, no less so than TV aerials, satellite dishes and other rooftop paraphernalia).

The good news is that the days of glittering blue PV are in the past. We now only install black solar panels, which not only look a lot sleeker and more uniform, but generate more electricity. It’s win-win!

END_OF_DOCUMENT_TOKEN_TO_BE_REPLACED 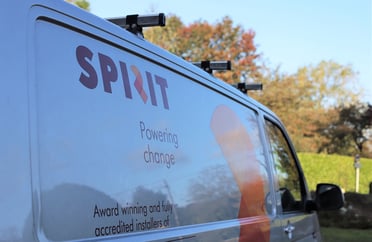 Once again we’re taking a look back at a year that’s been anything but ordinary. Changes have come thick and fast, in our daily lives, the renewables industry, environmental legislation and Spirit itself.

END_OF_DOCUMENT_TOKEN_TO_BE_REPLACED

The solar manufacturing industry is devoted to trends - from bifacial to PERC - always seeking ways to maximise energy generation. One technology that’s seen a meteoric rise in the last few years is half cell solar panels (or half cut solar cells), on track to become near ubiquitous across PV modules.

END_OF_DOCUMENT_TOKEN_TO_BE_REPLACED

Adding More Solar Panels to Your System: What Changes? 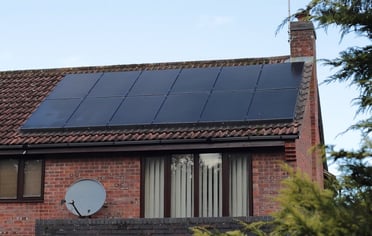 We often get enquiries from people who already have solar panels installed on their roof, but are keen to increase the amount of renewable energy they can produce. This might be because they had a battery fitted, or maybe their consumption has gone up with a new heat pump or electric car.

So what steps are there to overcome if you want to add more solar panels to your existing system to try and reduce your electricity bills even further?

END_OF_DOCUMENT_TOKEN_TO_BE_REPLACED 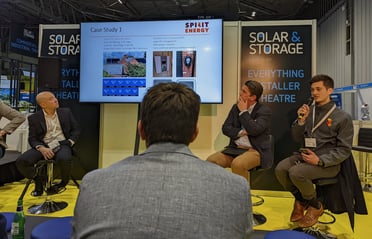 Rewinding to the start of summer, we released a blog digging deep into the analysis of solar panel shading and the effective ways it can be mitigated. On the back of the technical flavour of this blog, I was contacted by Solar & Storage Live and invited to speak on a panel at the event.

The show brought together manufacturers, suppliers, installers, and councils as well as many other personnel from the industry, with over 4,000 attendees across the three day event. This provided a great opportunity to meet other members of the solar, storage, and electric vehicle industry as well as providing valuable insight into established and emerging technologies in the market.

END_OF_DOCUMENT_TOKEN_TO_BE_REPLACED 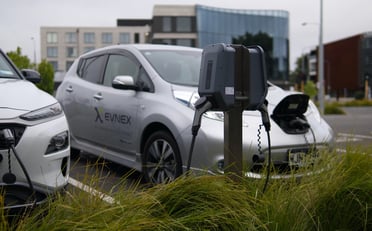 As the 2030 deadline for buying new combustion engine vehicles looms, electric car sales are beginning to ramp up. But the greatest changes are happening in commercial fleets - in 2020, businesses bought twice as many EVs as private individuals.

This may in part be due to the many incentives for companies to go electric, such as tax breaks for company cars. There is also the long-running grant scheme for installing chargepoints, which is due for a shakeup early next year...

END_OF_DOCUMENT_TOKEN_TO_BE_REPLACED 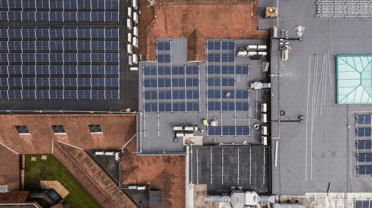 Times are tough on businesses right now, with a triple whammy of economic uncertainty due to Brexit, Covid and soaring energy prices. But amid the chaos are some silver linings that could mean now is the perfect time to invest in solar for your company and cut down on energy costs. Low interest rates and the government’s super-deduction can save you a lot of money on solar PV purchases, which normally pay back in 6-10 years and can also help your company reach net zero targets.

We’ll run you through the benefits of buying solar panels in the present climate, as well as highlighting the potential issues you should be aware of from the beginning, such as solar panel business rates and planning permission.

END_OF_DOCUMENT_TOKEN_TO_BE_REPLACED 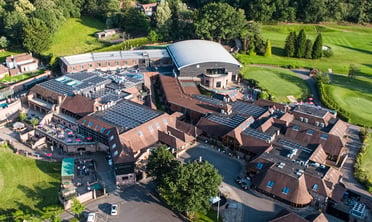 The return of holidays and foreign travel is on the horizon.

Once the pandemic is over, many people are looking to take more sustainable trips. And hoteliers are rising to the challenge. Between 2015 and 2018, the average carbon emissions per square metre of hotels decreased 10% globally, with a 23.4% reduction in the UK.

We believe one of the most effective ways to cut carbon (and costs) is by investing in solar panels for hotels. They can help to win over more environmentally-conscious visitors and reduce monthly energy bills. In fact, Whitbread, the UK’s largest hospitality company, has rolled out solar PV across 20% of its Premier Inn hotels so far (much of it installed by Spirit!).