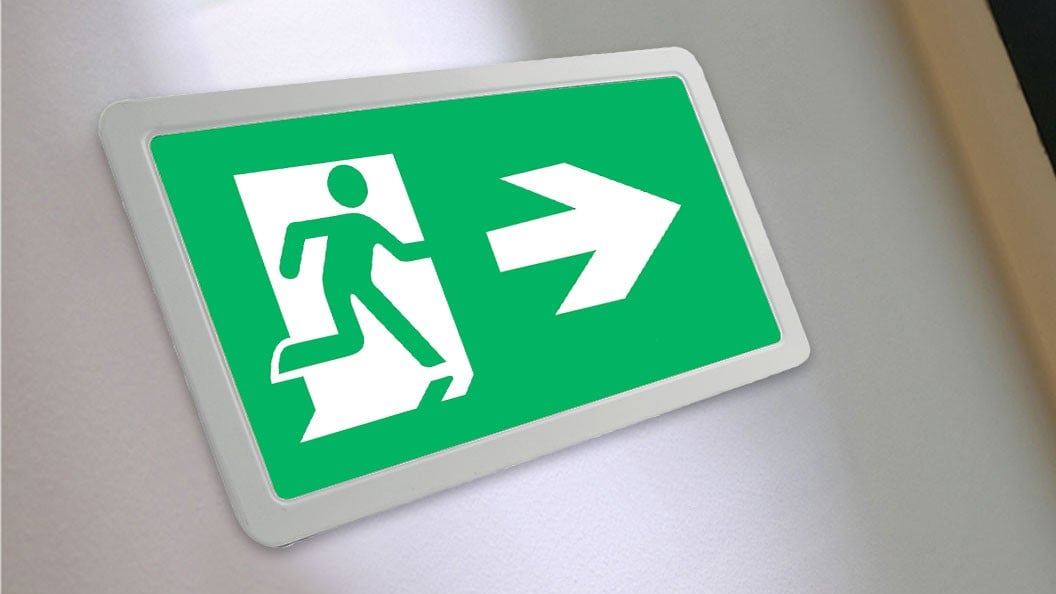 Our services and guides

Spirit offers a complete LED lighting upgrade for large commercial clients (100+ light fixtures), including a like-for-like upgrade of emergency lighting. This service comes at no upfront cost to the client and is paid off through a proportion of the bill savings over 5 years.

Our free Emergency Lighting Guide gives a very good overview of emergency lighting. You may also wish to visit these pages on our website:

What is emergency lighting?

Emergency lighting is lighting which operates in the event of a mains power failure. As a minimum, emergency lighting must include emergency escape lighting, the purpose of which is to prevent panic and allow safe passage out of the building, particularly in the case of a genuine emergency situation such as fire.

However, emergency lighting may also be designed to allow the occupants of the building to ‘stay put’, for example in the event that mains power fails, but there is no emergency requiring evacuation. The procedures in place during the operation of this ‘stay put’ strategy will depend on levels of daylighting and whether the emergency lighting is provided as full standby lighting or only as emergency safety lighting.

There are two supporting ‘system standards’:

Who is responsible for emergency lighting?

UK legislation imposes a duty on persons, including employers and other persons with control of premises, to carry out risk assessments and to take such precautions as to ensure as far as reasonably practicable the safety of the occupants.

These measures include the provision of safe means of escape, including emergency escape routes and exits, together with compliant signage. Sufficient emergency lighting needs to be provided where people are particularly exposed to danger (e.g. in an operating theatre, or using hazardous machinery etc).

Every building should have a responsible person – a delegated individual who is responsible for the provision and operation of appropriate emergency lighting. Note that this may or may not be the same ‘responsible person’ for fire safety, as defined in the Regulatory Reform (Fire Safety) Order 2005.

Here are a few of the main terms relevant to emergency lighting design:

Emergency lighting is provided by light fittings (luminaires). There are three types, as follows:

Maintained emergency luminaires are a popular choice with many specifiers because they make the emergency part of a lighting installation practically invisible. Usually the emergency running gear (module and battery) is hidden inside the luminaire enclosure, or in a remote gear box concealed in a false ceiling void. The drawback is that the lamps are in constant use and must be monitored and replaced.

Note that some emergency lights also serve as internally illuminated safety signs to mark exits and exit routes.  Most people will be familiar with the green ‘EXIT’ non-maintained emergency luminaires commonly seen above doorways. These can also be operated in maintained mode. Non-maintained luminaires have lower running costs and last longer as they are rarely in use.

Additional functionality can be included such as a rest mode allowing emergency lights to be switched off during failure of the normal lighting supply to preserve battery power for an emergency evacuation.

Duration refers to the period of time for which the emergency lights will operate once triggered.

Most systems have a three hour duration.

There are two ways of powering emergency light fittings:

The advantages of self-contained fittings are as follows:

The disadvantages are as follows:

The disadvantages are as follows:

In general, centrally powered systems are installed on larger projects where low maintenance and longevity are priorities and the higher system cost can be absorbed by the overall project budget. Small and medium sized commercial premises usually use a combination of maintained and non-maintained self-contained luminaires.

Emergency lighting should be tested every month, with an annual ‘duration’ test to prove that the lighting can perform for the required duration (typically three hours).

Tests should be recorded in a log book. More details are set out on our dedicated emergency light testing page.  It is important that testing is considered at the design stage, to ensure testing does not become more onerous than it needs to be.