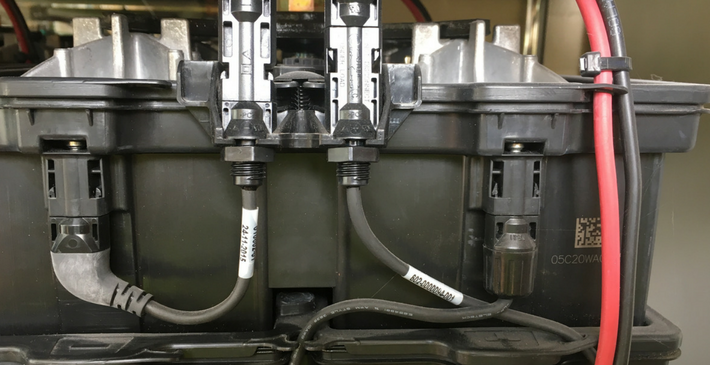 The applications of commercial storage are covered in detail on this page. In summary they are as follows:

There are three main system components:

Most of the system cost is attributable to the battery.

Most of the functionality (ability to provide backup, peak charge avoidance, enablement of solar during a power cut) is attributable to the inverter / charger and the battery management system.

Key design considerations are as follows:

A system can either be assembled from individual components, combining for example a Samsung battery with an ABB converter (inverter / charger), or it can be purchased as a 'package' in which the battery and inverter / charger are packaged by the manufacturer, often into a single unit (e.g. Tesla Powerpack) or container (e.g. Sungrow-Samsung).

Most systems are 'AC-coupled' i.e. connected to the AC wiring, either at low voltage or at high voltage. The system may or may not include solar panels:

There are five key chemistries:

The table sets out a comparison of NCM, LFP, flow batteries and zinc-air batteries:

The main inverter charger manufacturers are as follows:

In addition there are 'packaged' systems in which the battery and inverter / charger are combined into one solution, usually containerised. Some of the key players are as follows: