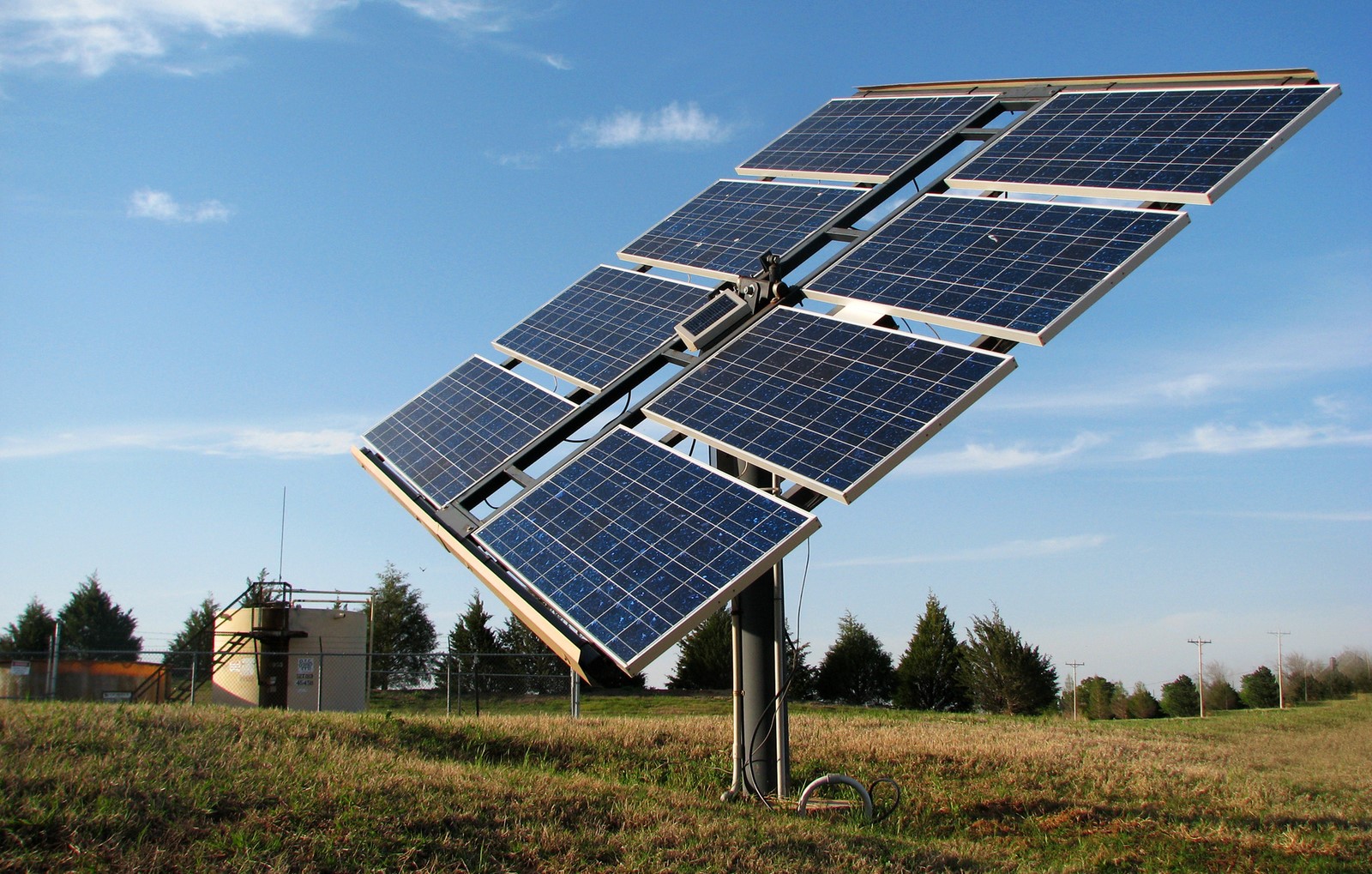 What is a solar tracker?

Ground mounted solar installations can use solar trackers to tilt the angle of solar panels throughout the day, maximising generation. They are typically used in large scale commercial or utility projects - not residential - as they come with added setup and maintenance costs, due to the additional moving equipment.

While we’ll focus on trackers that involve tilting a PV module itself, there are various apparatus that adjust mirrors and lenses for concentrating photovoltaic systems.

How do solar trackers work?

With a static system, sunlight hits the panel at a varying angle - called the angle of incidence - throughout the day. The narrower the angle of incidence, the higher the output. So with a solar tracker, panels can follow the sun as it moves across the sky, keeping the rays perpendicular to produce the most electricity. 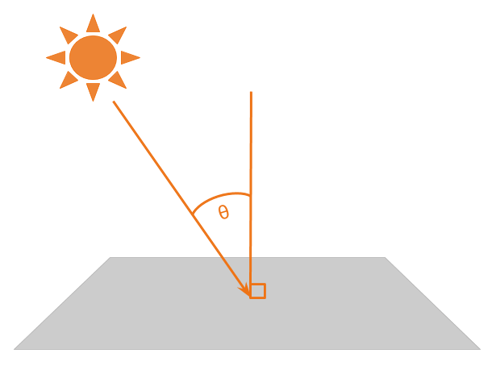 Sunlight hitting a solar cell at θ, the angle of incidence. 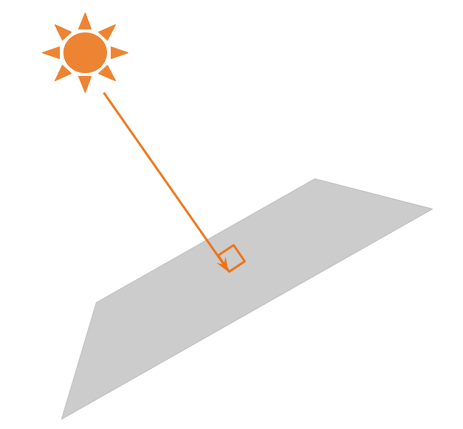 The orientation of the tracking system can either be controlled by a pre-programmed path based on astronomic predictions, or use solar radiation sensors to react to the current position of the sun. Sensors can become disorientated at dawn and in cloudy conditions, so a backup tracking system is necessary in the latter case.

You need a specialist motor which can cope with turning at the very slow and steady speed required. This is generally powered by the grid.

A single axis system moves the panels through one range of motion. The axis is typically oriented north-south, so the solar panels can tilt east through west as the sun rises and sets.

A dual axis system can tilt in two directions. One of the axes works as above, to maximise generation through the day. The other is oriented east-west, allowing a tilt north through south to optimise output during seasonal variations in the sun’s angle relative to the system’s position on the globe.

What is the uplift from solar trackers?

Let’s compare the output of an optimised single axis tracking system to a fixed system in London (both 10kWp):

As you can see, there is one point around midday when the static system is optimally angled, but at every other time the tracker generates more power. This boosts the energy in the mornings and evenings particularly, which is when typical demand is also higher.

While most of this increase is due to the angle, PV cells are more efficient at lower temperatures, so there’s an added uplift when capturing the early morning and late evening sunlight.

We can also see how output varies by season for a fixed, single axis and dual axis system:

While the single axis system has a fairly steady uplift throughout the year, with small peaks in spring and autumn, the dual axis has its best results skewed towards winter and summer, when the sun’s angle is most extreme. 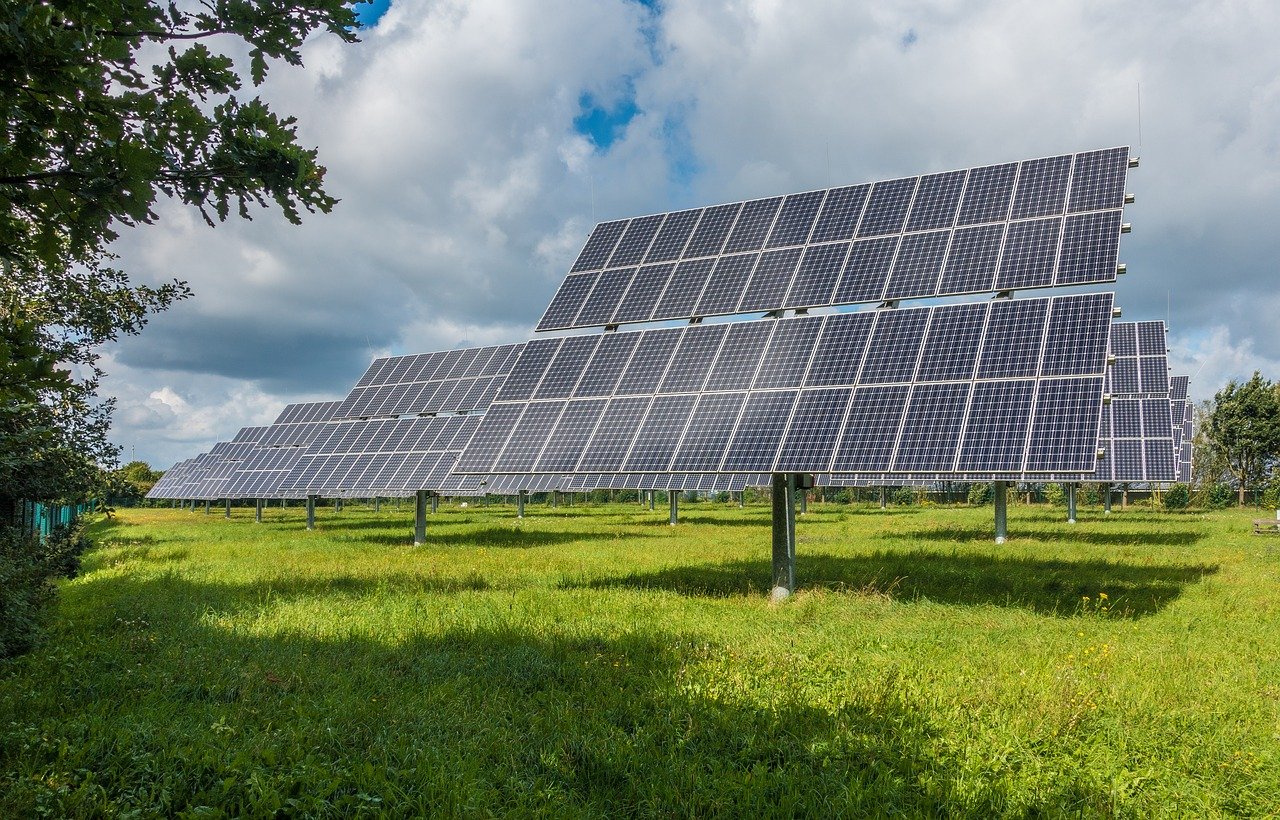 In practice, the uplift may be even higher though, as we saw when we checked in with a tracker installed in 2011...

Are solar trackers worth it?

Overall, you can achieve an average output increase of 20-25% with a single axis tracker. With a dual axis tracker, expected increase is another 5-10% on top of that, but this rarely justifies the added expense.

All solar tracking systems will cost more money up front than a fixed array, due to the complexity of the technology. With moving parts, they come with added maintenance costs. It’s also worth noting that due to the weight of the equipment, they are too heavy for most roofs, so are only suitable for mounting on the ground.

For advice on the best setup for your solar array, please get in touch with our expert team (who have installed thousands of systems, including solar trackers).