Micro-inverters and power optimisers are an upgrade on traditional PV system design, by maximising the electricity generated from each individual panel. They do this by shifting Maximum Power Point Tracking (MPPT) to the panel level. This is particularly beneficial on roofs with multiple orientations or shading, as the panels will have differing outputs.

Let’s see how micro-inverters compare to power optimisers, before taking a look at some of the most popular manufacturers.

Before diving into optimisation, it’s worth familiarising yourself with how a regular PV system is set up. The solar modules are connected in a string to a single inverter, which converts their DC power to AC for use in your house and the grid, while moderating the maximum output from the system as a whole with MPPT. 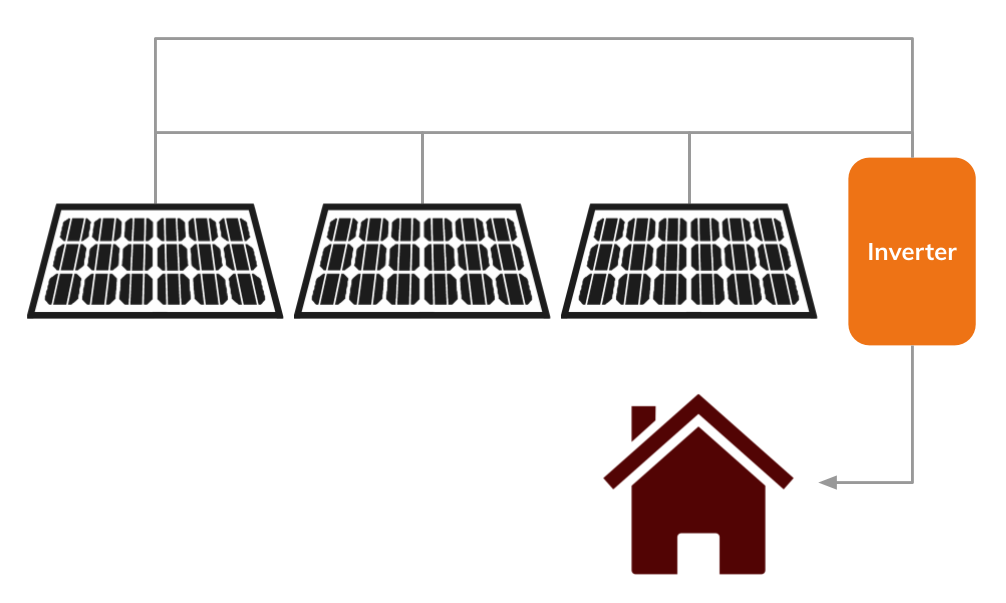 The downside is that one poorly performing panel (due to dirt, shading, degradation etc) will bring down the system as a whole to its lower output.

What is a micro-inverter?

As the name implies, a micro-inverter is a small version of an inverter, converting DC to AC power from an individual panel. Each module in the system gets its own MPPT, meaning individual generation is maximised no matter its condition. They’re connected up in parallel, before sending AC current to your home and grid.

Some manufacturers are now starting to produce AC solar panels, so called because they feature integrated micro-inverters.

What is an optimiser?

A solar panel power optimiser is like a halfway house between micro-inverters and a standard system set up. Each module has MPPT but there is still only one system inverter. An optimiser is attached to each panel and converts its optimum DC output to the optimum DC power for the inverter.

If you're interested in micro-inverters or power optimisers, please speak to one of our experts to discuss what's best for your solar PV system. Reach us on 0118 951 4490 or via the button below: