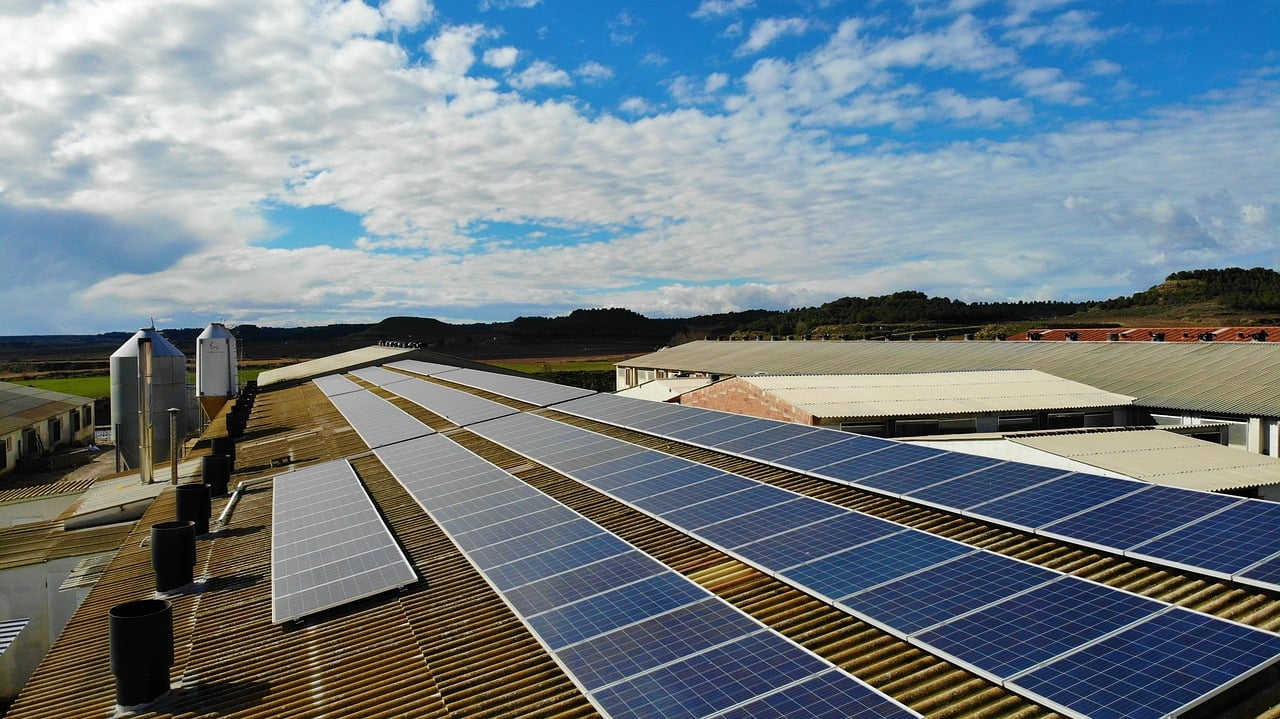 How efficiency is measured

For solar cells, the efficiency of energy conversion is defined as the percentage of incident solar power that gets converted into electrical output power. Specifically:

Under the same conditions, a panel with a higher efficiency will produce more electrical power than one with a lower efficiency.

Comparison with other energy sources

How does solar power compare to other energy sources? Let’s look at the efficiency of a range of energy resources - how well they convert their fuel input into useful energy output. Note that these are the practical efficiencies as seen in commercial solar panels, coal plants etc.

Other factors to note include the power lost in transmission - this can be around 7% for energy from a power plant, whereas solar is often generated and used on site (unless installed at utility scale). When comparing to non-renewables, you have to consider the cost too - sunlight is free, whereas you’d pay for all the fossil fuel you put in, even when most is wasted as heat. And of course you also have to consider the timescale over which the energy source is renewed: daily, in the case of solar or wind vs millions of years, in the case of oil. Researchers are constantly finding new ways to improve solar’s efficiency too. 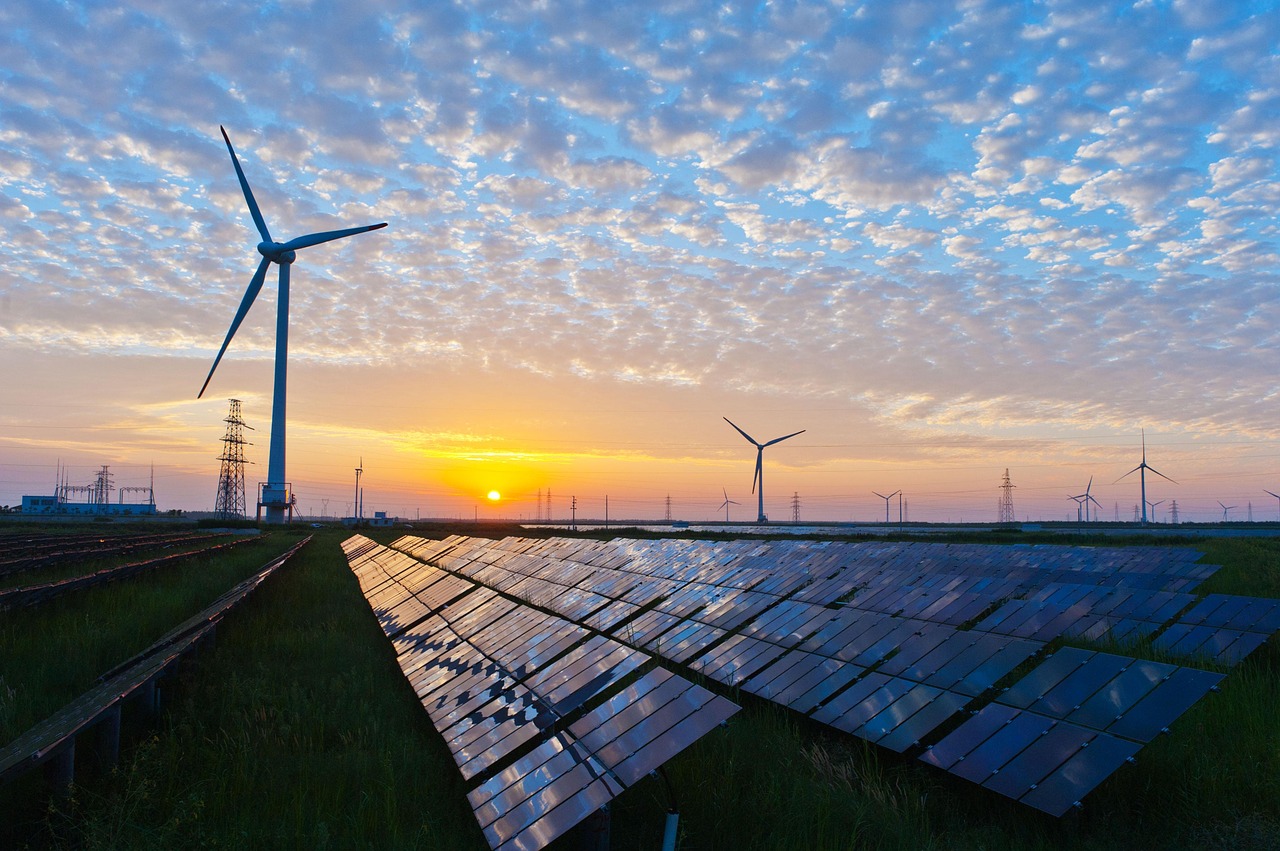 Do weather and time of day affect efficiency?

As we’ve seen, efficiency is the measure of output power relative to the level (and incident angle) of the incoming solar radiation. So while the output of a solar panel does change during the day and seasons, the efficiency of the panel relative to its maximum will fluctuate. Peak generation is during the middle of the day (11am-4pm). In summer panels can produce twice as much power than in winter and cloud cover can reduce generation by 50%.

For more information on the output variations due to weather and seasons, see our guide on Solar Pros and Cons.

Placement - the angle and orientation - is crucial to maximising the available efficiency of your solar array. The best angle for solar panels in the UK is 35-40 degrees to the horizontal, facing directly south. At the same angle facing east, you’d lose 20% of the relative output. For a full comparison, see our angles and orientations blog post.

Shading will also diminish efficiency. This can be from nearby trees, chimney stacks, neighbouring buildings or even the system’s racking. Up to 40% of output could be lost due to even partial shading, because of they way a standard system uses solar panels in a string (so total output is limited by the worst-performing panel within the array). Using an inverter like SolarEdge, which optimises the power output of each individual panel, can reduce the impact of such shading and increase output by up to 25%.

Working out the optimum placement doesn’t have to be a chore. When we design a system, we optimise it for the best possible output on your roof and model potential shading. Get in touch to find out more.

Just as shade can harm a solar system’s efficiency, so can temporary shading in the form of dirt, bird droppings or snow. The good thing is, most of this will be cleaned off naturally by rainwater, especially on a pitched roof.

To ensure there’s not a build up of dirt, we do recommend a clean every couple of years, particularly for flat roof installations. We can provide this service for you. 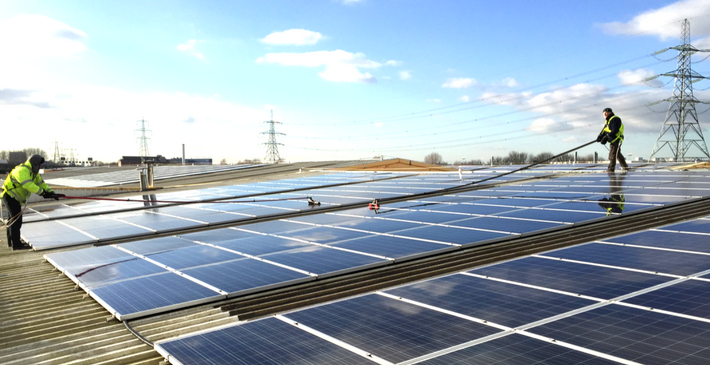 Do solar panels degrade over time?

Due to the natural degradation of the materials that make up a solar cell, the panel efficiency will decrease by about 2% in the first year and 0.5% each year thereafter. Note that this is a decrease as a percentage of the absolute efficiency percentage, not percentage points - so a 17% efficient panel might degrade to 16.9% efficiency after one year. Most manufacturers give a guarantee that the panel will still perform with at least 80% of its original efficiency after 25 years.

The gradual degradation is due to tiny cracks forming in the cell’s silicon and deterioration of electrical connections. Causes of this includes thermal cycling (materials expanding and contracting as temperatures change throughout the days), dynamic mechanical load (flexing in the wind), humidity, UV damage and water freezing inside the joints or seals.

Energy loss in a solar cell and the theoretical maximum efficiency

The so-called 'limit efficiency' of a silicon solar operating at one-sun is well established at approximately 29%. In fact in R Swanson, of SunPower Corp, wrote a paper predicting a more practical limit of 26%.

The best efficiency for a monocrystalline silicon solar cell is 25%, close to the 'practical limit' of around 26%.

Why do these limits exist?


Light can be separated into different wavelengths with photons possessing a wide range of energies. Some of the photons don't have enough energy to alter an electron-hole pair. Some of the photons have too much energy. Only a certain amount of energy, measured in electron volts (eV) and defined by the cell material (about 1.1 eV for crystalline silicon), is required to knock an electron loose. This is known as the band gap energy of the material. If a photon has more energy than the required amount, then the extra energy is lost (unless there is sufficient energy to create two electron-hole pairs). These two effects account for the loss of about 70% percent of the radiation energy incident on the silicon solar cell.

If a lower band gap is used, the cell will produce more current (fewer photons lost), but the cell voltage is lowered, which leads to a loss in power. A balance has to be struck: the optimal band gap, balancing these two effects, is around 1.4 eV for a cell made from a single material.


The electrons have to flow from one side of the cell to the other through an external circuit. The back of the cell can be covered with a metal, to allow for good conduction, but the top needs to be kept as clear as possible because photons can't get through an opaque conductor. The circuit could be run at the sides of the cells, but the electrons would have to travel too far to reach the contacts. The internal resistance of silicon is quite high and losses would therefore be high.

To minimise the losses, cells are typically covered by a metallic contact grid, made using silver paste as in the standard cell structure. It has to be thick enough to minimise resistance and shorten the distance that electrons have to travel, while still minimising coverage of the cell surface. Inevitably, some photons are blocked by the grid.

Aside from the practical measures we’ve mentioned such as good placement and cleaning, what else can be done to increase solar’s efficiency? Manufacturers are always innovating with new technologies and processes to achieve just that, by some of these methods:


Read more about these in our guide to high efficiency solar panels.

Which are the most efficient solar panels?

Then we have those made with a bifacial, PERC or back contact structure. Here’s a comparison of the average efficiencies for each type:

For a comparison of the most efficient brands on the market, see our guide to the best solar panels. This will also give you some pointers as to the other considerations - besides efficiency - when weighing up which panels to choose.

To see how to achieve the most efficient system on your property, get in touch with us today.